Just because I wanted to share a funny picture 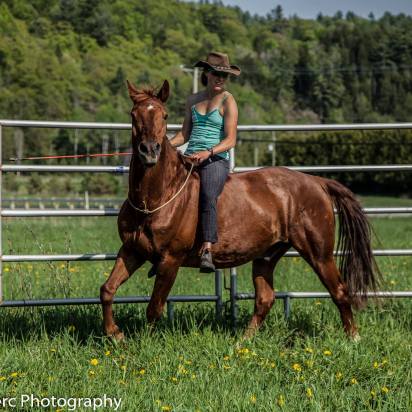 It is official, this is the 52nd blog in a row, 52 weeks in a row, one year already. The goal of writing a weekly blog for a year has been reached and is therefore over. No more blogs! Ha ha! (Friendly Joke)

Once you have reached a goal, it is sometimes good for you to take some time to think about the journey you have been through. The changes that have occurred, how they have affected you as an individual and how you aim to keep going forward on the path ahead.

From my end, so much has changed since the first blog … both highs and lows. Then again, the lows may not necessarily be a bad thing. No matter how hard some moments may be, they may become an opportunity for growth. It is easier said than done to be honest.

In order to focus on where to go as a trainer and a coach, in may 2016, I had to find a new home for the love of my life, my horse Jordan. This may not seem like such a big deal for some of you, but ending a fifteen-year-long relationship, even with an animal, has been the hardest thing that I have ever done (I am happy to confirm that he is well taken care of by people that I trust most and care for.). This is a choice that was made and yes, my heart was broken when I did it, but there are no regrets.

Even though it was hard, making that choice has allowed me to grow so much as both an individual and a coach. Instead of literally driving all-over the place to train myself, coach others, improve my horsemanship and feel bad about not being able to both improve my horsemanship and spend time with my friends, for the first time in fifteen years, I was able to take the time to really take a break, look at myself and find out what I should put my energy on.

That extra time and freedom has allowed me to get out of the city to conferences and has also allowed me to focus on my career and go out and socialize. The interesting part is that instead of just putting all of my energy on the end goal, the aim diverged into the journey to the end goal. Of course, there are moments that you need to get things done but there are also moments when you need to just disconnect with the world and live in the present moment. The present is a gift.

Taking the time to prioritize what you need to do will help avoid spreading yourself thin and burning out. You seriously don’t want to get there. The end goal is important but not at the expense of the journey ahead. Take the time to decide on what you want to do; take the time to live in the present moment and keep moving ahead.

On that subject, go out, socialize, train, recover … happy training and may the wind be at your back if you are running or cycling!